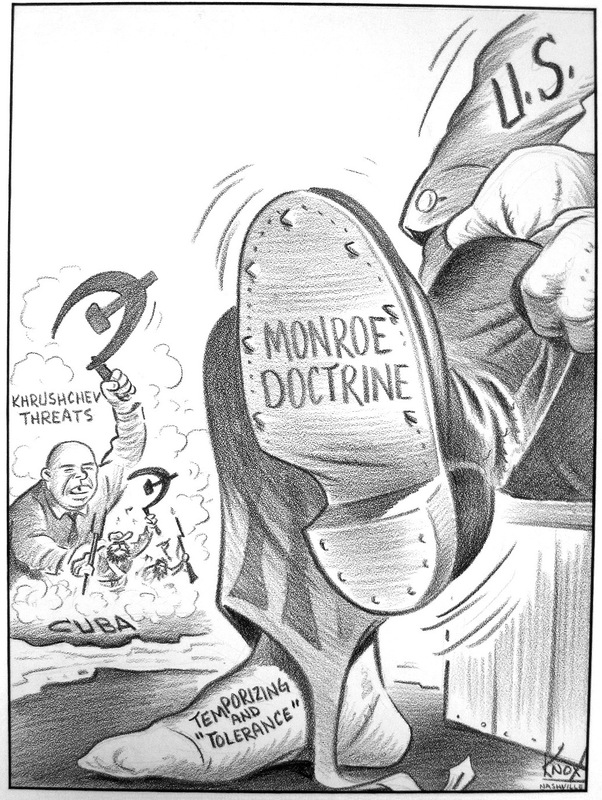 April 23, 1961. The United States has had enough. They have put up with the Russians in Cuba long enough. It’s time for action. After the failed Bay of Pigs invasion of April 17-19 1961, the United States was ready to put on it’s butt-kicking Monroe Doctrine boots. The Doctrine upheld the ideals of US foreign policy with stressed no outside influence in Latin America.

This cartoon was published shortly before the Cuban Missile Crisis and the tension between the US and the Soviet Russia was palpable. Nikita Khrushchev, depicted here, attended talks with President John F. Kennedy in June, however it did not hinder his own plans for Cuba. Something was coming, and Jack Knox seemed to think the U.S would come out on top.