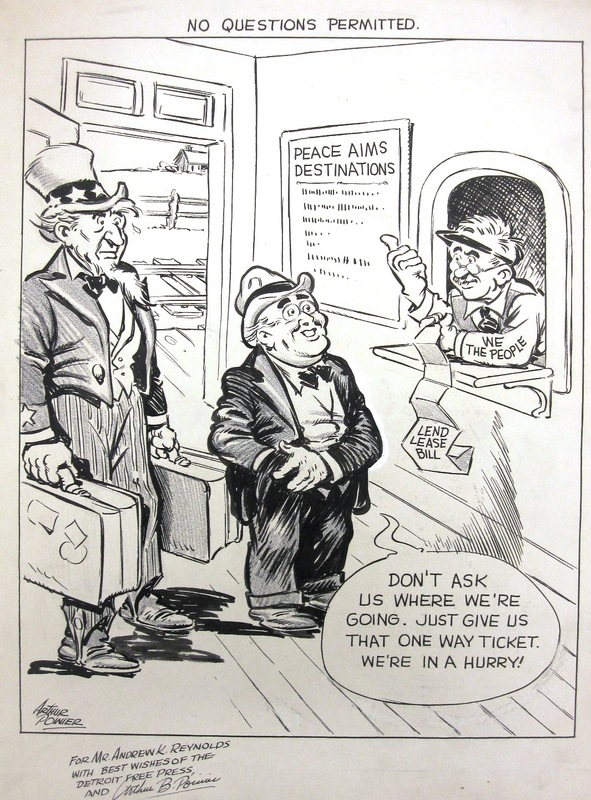 While the public clearly wants President Franklin D. Roosevelt to head towards a “peace Aims” Destination, FDR clearly doesn’t want to keep the public in the know. During World War II, the United States was involved with the Lend Lease Bill which provided aid to allied countries. While the Bill displayed a patriotic sentiment, the American public was angered as they viewed the Bill as a triple-A foreign policy that would undermine the citizens of the United States.[1] FDR was asking the American public to blindly trust what the Lend Lease Bill was set out to accomplish with little to no regard for their opinion on the matter.