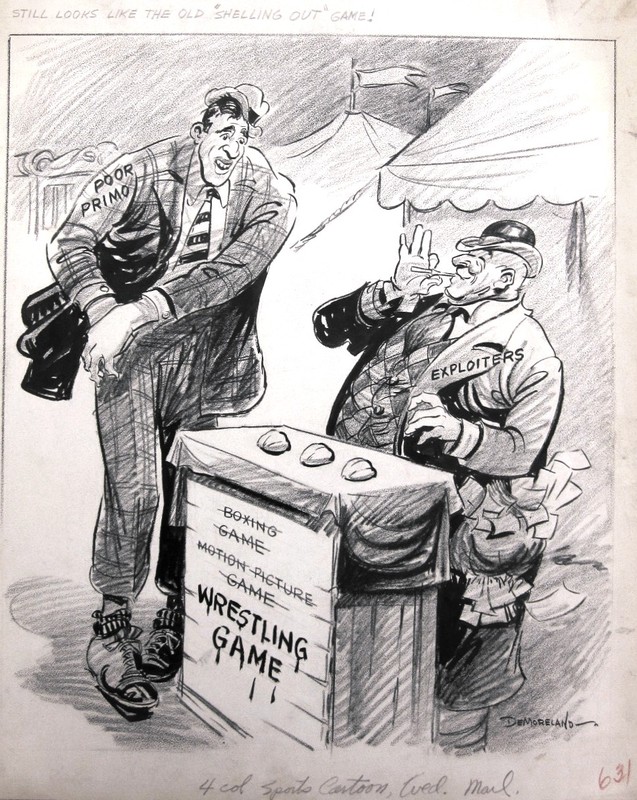 Poor Primo, possibly an allusion to 1930s heavyweight champion Primo Carnera, is depicted as losing all his funds to exploiters. Carnera was ranked as the world heavyweight boxing champion 1933-1934. Some sources refer to Carnera’ as a “chattel athlete,” a foreign country bumpkin, exploited for his size and strength by a boxing manager. This cartoon argues that the motion picture industry has worked to exploit Carnera. It is possible this image was published in the late 1950s for in 1956 Hollywood attempted to market Carnera’s story in a film “The Harder They Fall.”