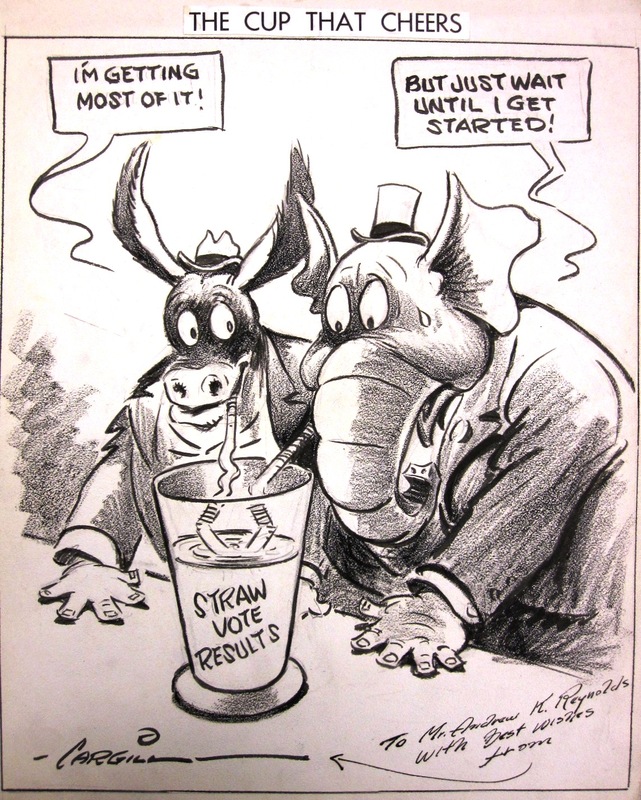 Straw polls, or a straw vote is an “unofficial ballot conducted as a test of public opinion. Here the Republicans and the Democrats are competing to “drink” the most straw vote results.  The Democratic Party had been in power since 1932. According to Gallup polls President Roosevelt’s approval ratings steadily grew throughout his presidency and were at 75% by 1941. Despite these statistics the Republican Party remained hopeful that they could return to power.