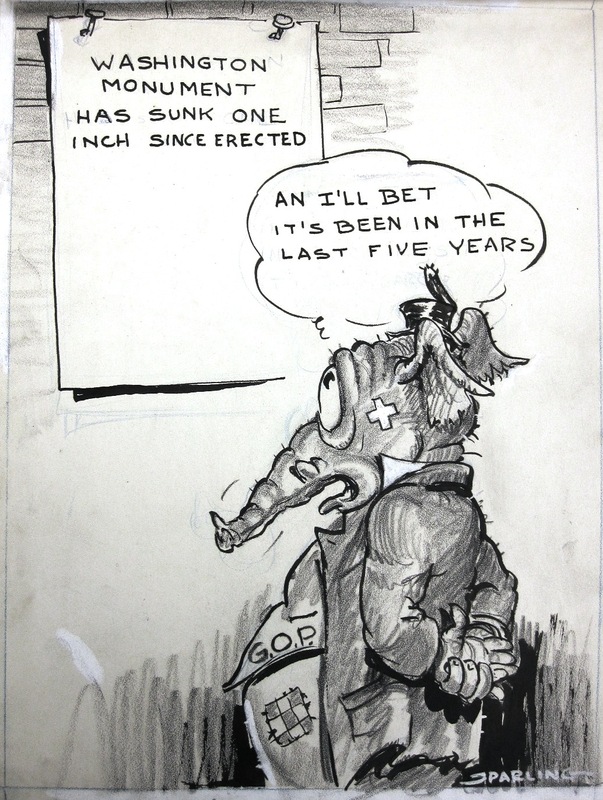 A posterboard reads 'The Washington Monument has shrunk one inch since erected.'

"I'll bet it's been within the last five years." A Republican Elephant sighs sorrowfully.

During the Great Depression, Republicans felt as frustrated as this elephant. Franklin D. Roosevelt, a Democrat, had taken office in 1933 and wasn't leaving anytime soon. As President, Roosevelt was recognized for his Democratic programs such as Social Security and the New Deal. However, most Republicans would have disagreed with these legislative measures.

In 1938 research was done to prove that the Washington Monument was indeed sinking. This cartoon compares the sinking economic condition to the sinking of the monument and blames the Democrats and their policies.