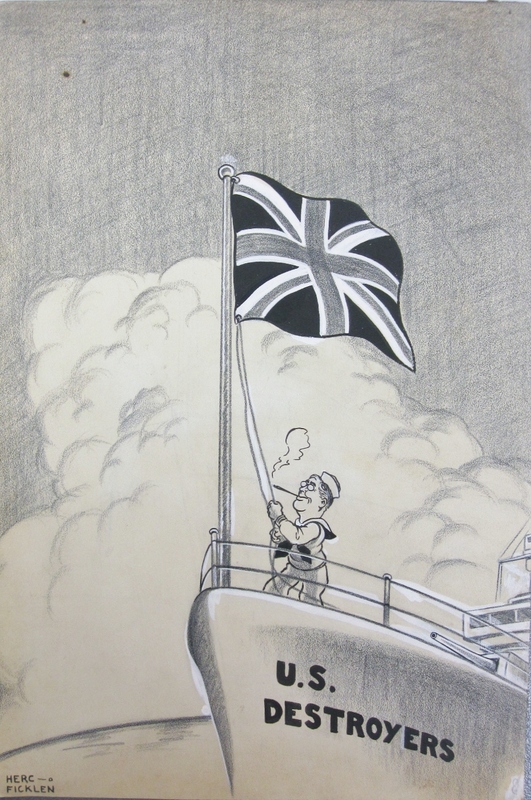 President Franklin D. Roosevelt sure looks happy. Here he is providing American battleships to England as part of the Lend-Lease Bill of 1941. This bill allowed the United States to lease ships to the British under the understanding that this would protect the United States from being drawn into World War II. Roosevelt would have wanted to avoid war because popular opinion at the time was that the U.S. should not interfere with European affairs as per the Monroe Doctrine.