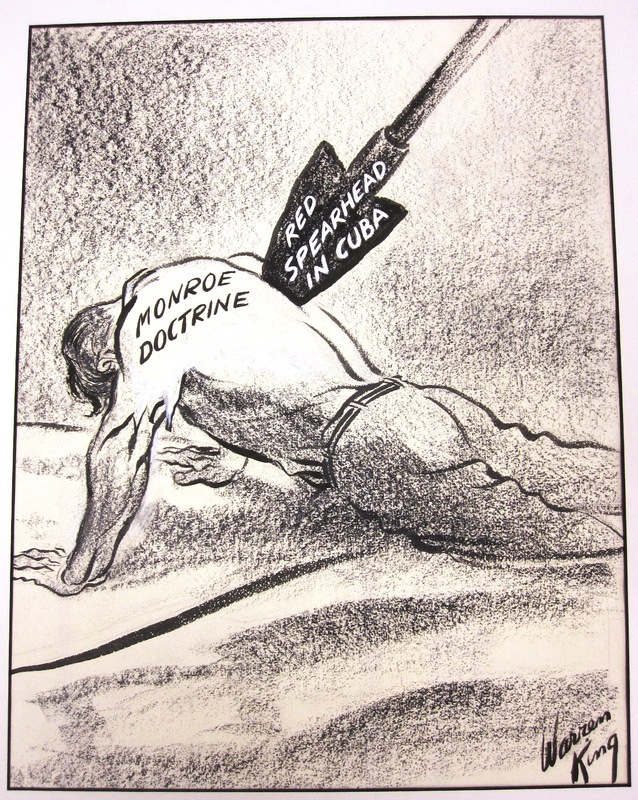 In 1965, the Cuban Missile Crisis had been over for two years. However tensions between the United States and the Soviet Union were still high. While Soviet nuclear warheads were no longer in Cuba, there was still covert operations helping Cuban Communist Leader Fidel Castro control the island.

Warren King here clearly thought the U.S. has abandoned Latin America and the protective measures set out in the Monroe Doctrine. Or rather the Red Spearhead had stricken down all U.S. attempts to help.