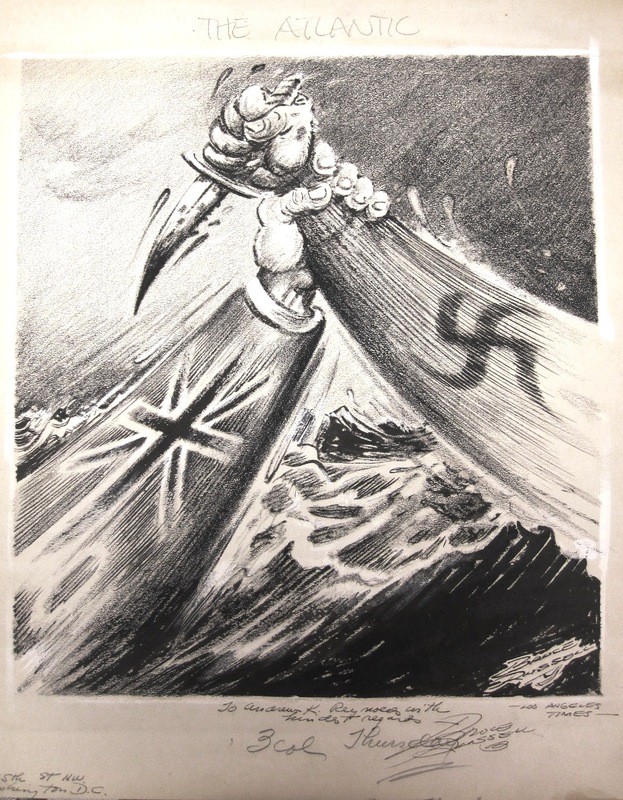 The year is 1915. It is the beginning of World War II and Britain is not doing well fighting the German alone. German submarines are stealthy raking up British death tolls in the Atlantic. The fighting is fierce and will continue to be so throughout the war. This cartoon is showing how Germany is gaining the upper hand over Britain blockading them with the use of their U-Boats. Germany is gaining to upper hand because they have been not only holding off in-coming Ally supplies, but also sinking the merchant ships that are bringing them in. Britain should be very concerned with how this naval war is going.