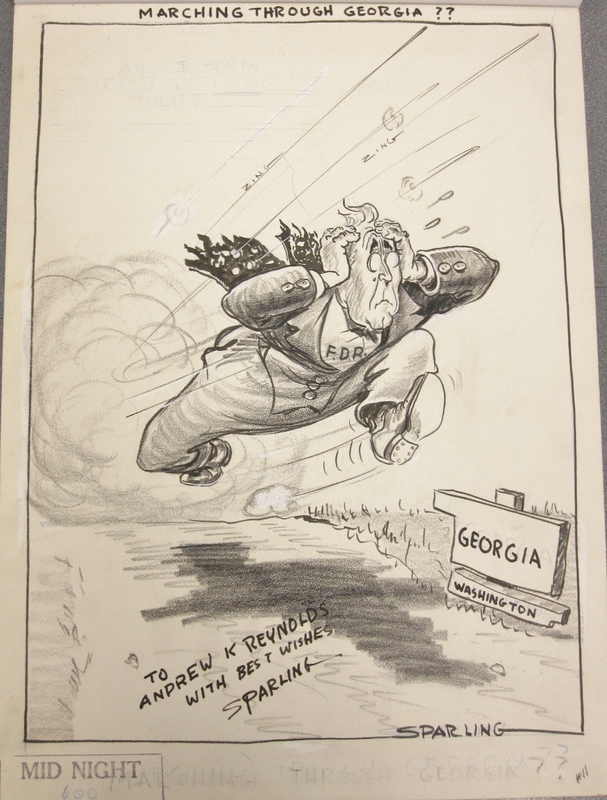 Marching through Georgia? Maybe not, by the looks of President Franklin D. Roosevelt! At one point during World War II, FDR considered sending American troops through Russia’s neighbor Georgia as a way to approach the Nazi Army. However, his plans were foiled because of an already strong Nazi presence there. Instead of sticking it out, FDR thought it best to retreat and regroup.