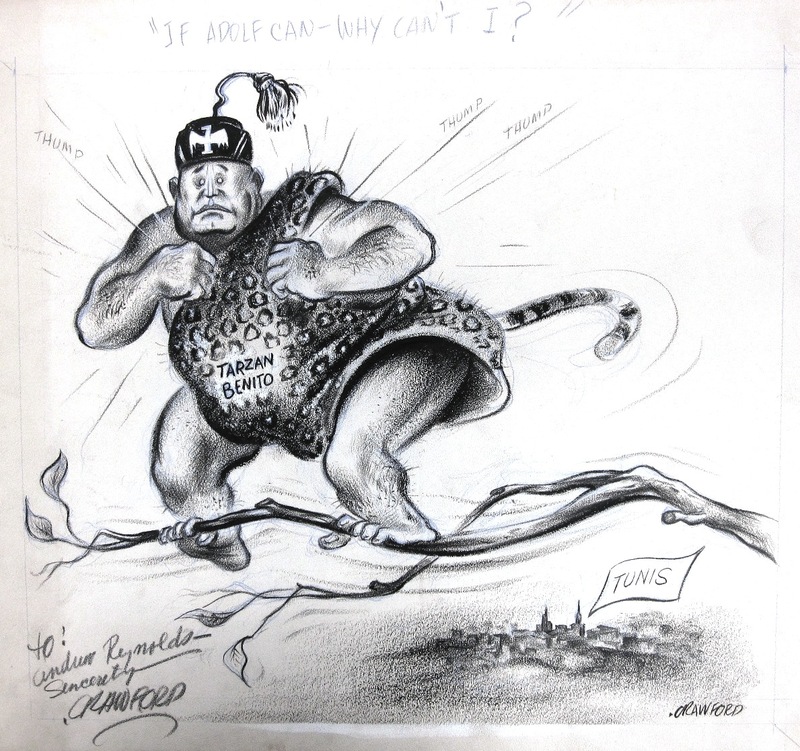 Looks like Benito Mussolini here is taking the whole “monkey see, monkey do” thing a little too seriously! Here artist Crawford is commenting on how Benito Mussolini, the Italian dictator during World War II, took inspiration from Hitler. Hitler’s invasions into other countries convinced Mussolini that it was a good idea to do the same. He invaded a little country called Tunisia in 1940. Along with Tunisia, Mussolini later successfully took over Malta as well.