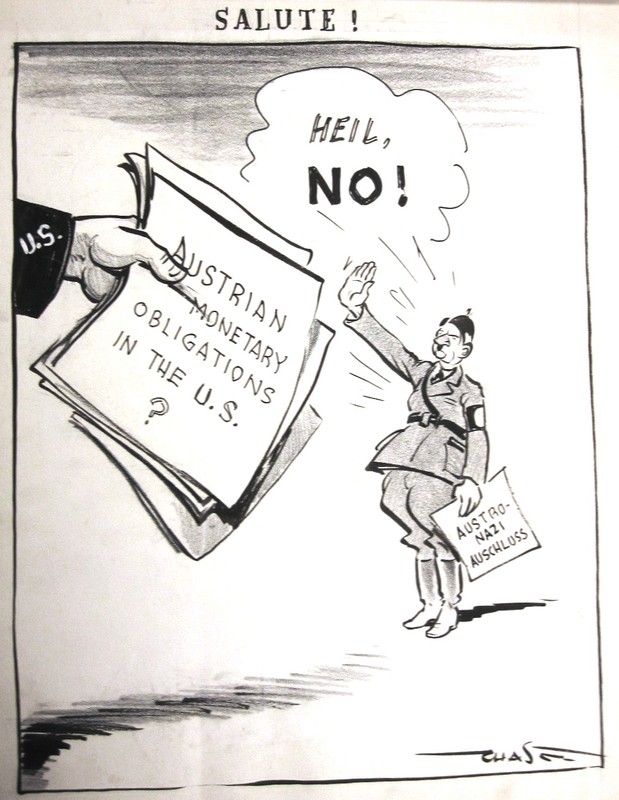 However Hitler may not exactly be saluting! In 1938 the United States was demanding the repayment of Austria’s debt after Hitler invaded and assumed control of the country. The United States believed that despite the change in government, the country should still be accountable for their debt. The U.S. insisted that Hitler should repay all the debts Austria had owed. Hitler disagreed naturally.