America and It's Aggressors 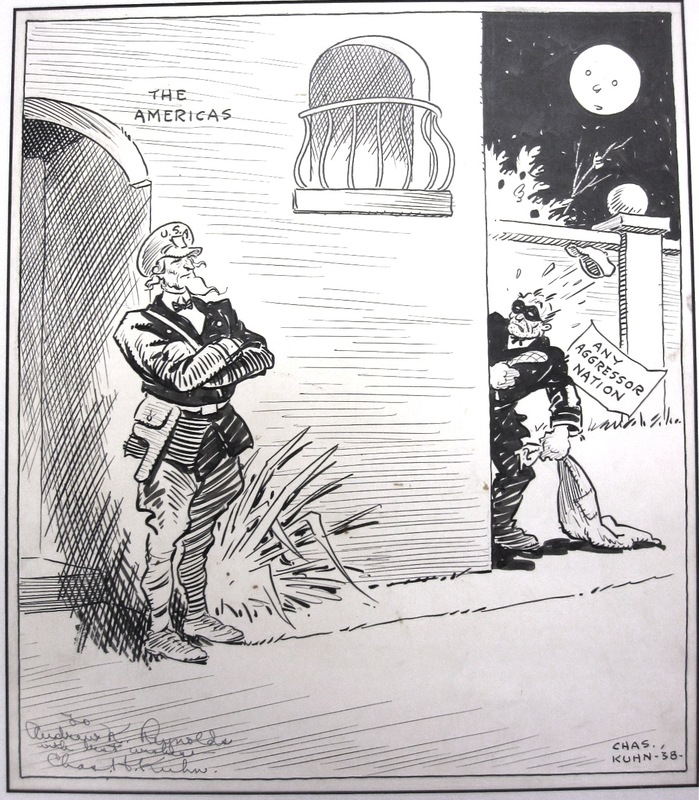 America and It's Aggressors

America and its Agressors

Are the policies upheld by the Monroe Doctrine buried under Red Cuba? Bruce Russell seems to think so. After the Cuban Missile Crisis of 1962, many Americans thought that the U.S. did not take as much action as they should to prevent Soviet Communism from taking a hold in Cuba.

As part of the Monroe Doctrine, the U.S. foreign policy concerning Latin American involved allowing no European interference in the area. However in 1963, when this cartoon was published, communism was still very alive and well in Cuba. Many Americans suspected this was due to continued Soviet support and politicians urged President Kennedy to take stronger action to uphold the Monroe Doctrine.