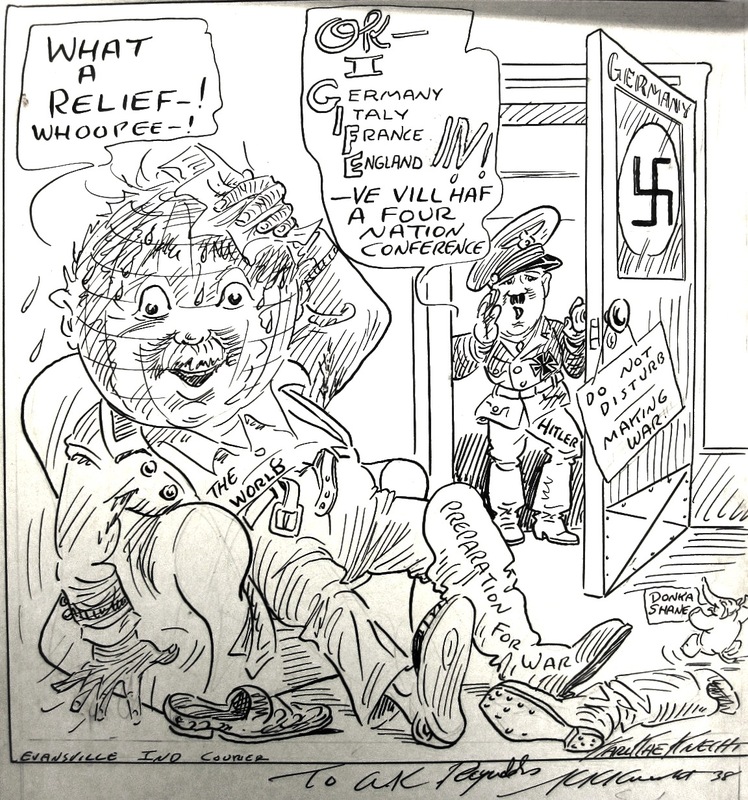 Although the World looks relieved now, it may not be for long! This cartoonist is describing a meeting between Nazi Germany and the countries France and England, focusing on the peace terms met in an event called the “Second Armistice at Compiègne .” This event occurred right after Hitler took over France and part of the English channel. Other world powers were concerned that they would need to interfere, however, with Hitler promising to compromise with this peace conference, they backed off.