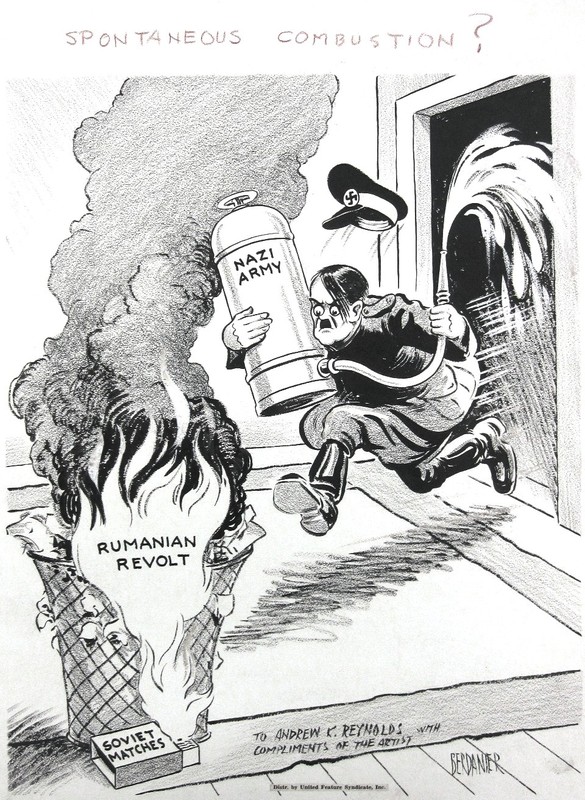 Looks like Hitler is going to try and put that fire out! Originally declaring its neutrality in 1939, Romania was eventually drawn into the Axis side of the war when approached with a potential invasion by the Nazi’s. Unfortunately for Germany, after the tide of war turned against them, Romania turned to the allies and decided to help them in the war in Europe, fueled by the mistreatment they suffered from the Soviet Union while a member of the Axis powers.