They Seem To Have Relocated The Hub Of Our World 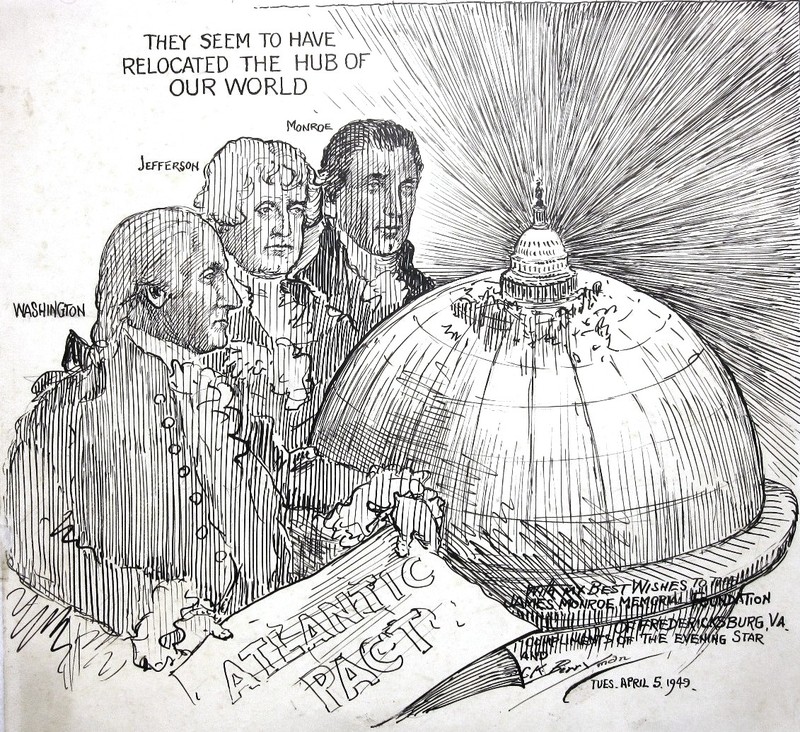 They Seem To Have Relocated The Hub Of Our World

At the end of WWII, Stalin was turning his attentions West in an attempt to challenge democracy there. By assuming the leadership in organizing Western defense, the United States, here represented by the capitol building, provided an effective answer to this challenge.

The Atlantic Pact was a defensive alliance among states, but it was very different from traditional alliances. According to this doctrine, a country remained dormant, as it were, until a common enemy committed an act of aggression. In the meantime, each ally carried out its own foreign and military policies, free from any specific commitment toward its partners.

Having the hub of Western ideals centered in Washington DC would have been a strange idea to Jefferson, Washington, and Monroe, who advocated staying out of the affairs of continental Europe.

G.K. Berryman, “They Seem To Have Relocated The Hub Of Our World,” James Monroe Museum Political Cartoons, accessed June 27, 2022, http://jmpolitoons.umwhistory.org/items/show/4.