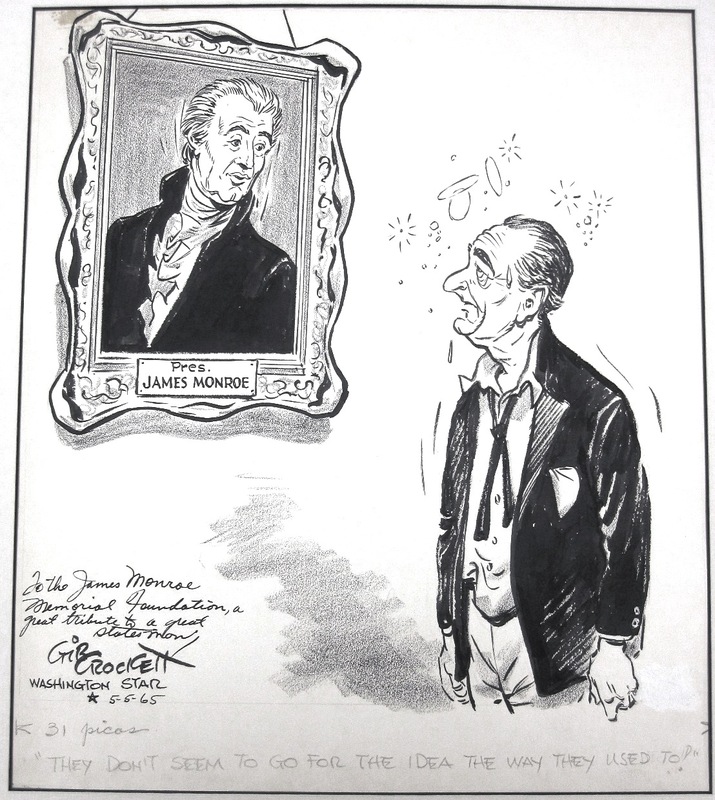 President Lyndon B. Johnson doesn’t look so well. Though he is appealing to a portrait of Monroe for advice, it doesn’t look like the President is finding what he seeks. In fact, Johnson was elevating American involvement in the Vietnam War, a very unpopular war with the public. He tried to use the policies in the Monroe Doctrine to justify his actions, however as the caption states “They just don’t seem to go for the idea like they used to.”