The Season of Inconsistency 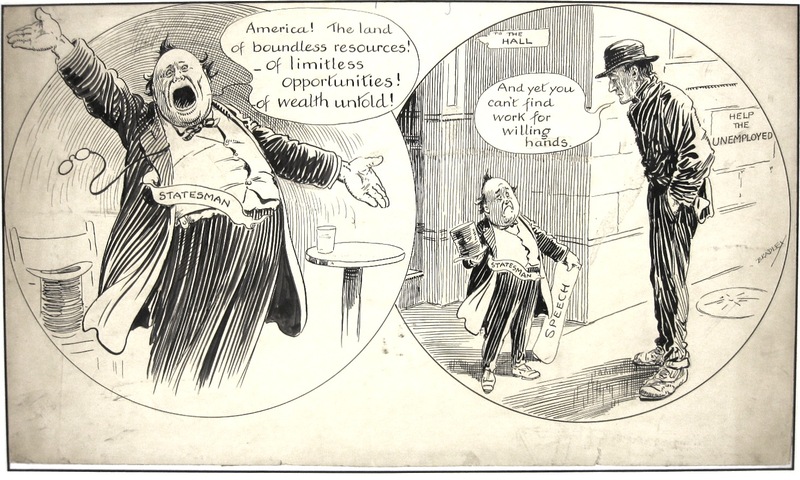 The Season of Inconsistency

America, the land of golden opportunity. Below, a “statesman” is issuing confident declarations on the wealth and resources of the United States. However, his words fall flat as he is shown faced with the average American citizen. The citizen poses the question to the statesman that despite America’s reputation as the land of opportunity the nation lacks the ability to “find work for willing hands.”

In 1914, with Europe engaged in WWI, the American economy was actually thriving in most regions. Between 1914 and 1918, some 3 million people were added to the military and half a million to the government. Overall, unemployment declined from 7.9 percent to 1.4 percent in this period, in part because workers were drawn in to new manufacturing jobs and because the military draft removed from many young men from the civilian labor force.