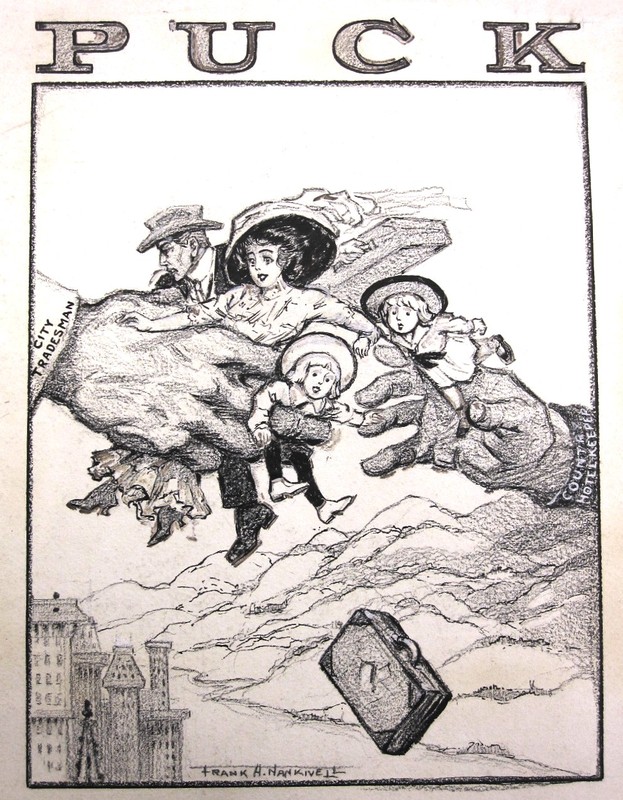 During the period from 1890 to 1911, when this cartoon was published, the United States was experiences a mass influx of immigrants. Because big cities such as New York and Chicago became crowded with foreigners, many Americans sought refuge from the din in the country.

However with the rise of the Industrial Revolution, industry trade enticed many a man back to the city, as shown here, in order to play their luck at the stock market. Nankivell here is simply illustrating the return of the business man to the city, despite the fact that it is crowded.