Nothing But Bad News 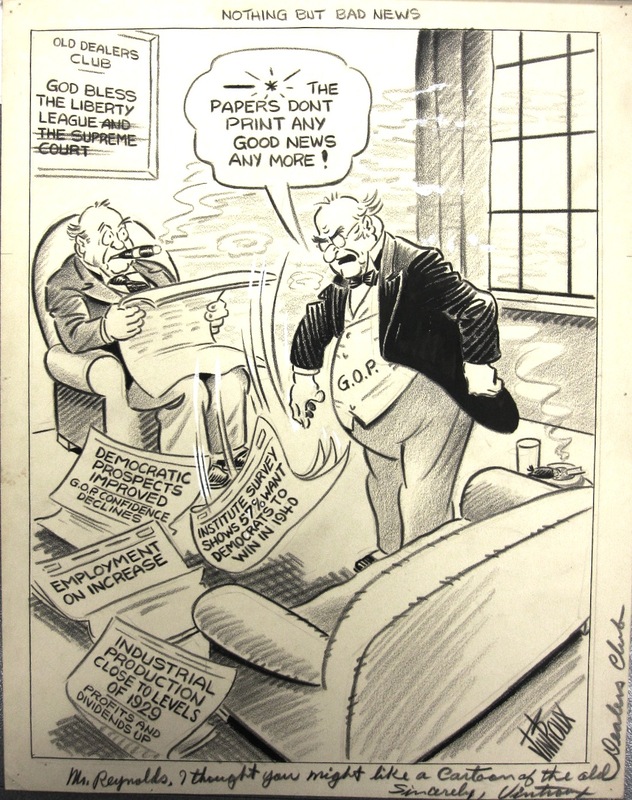 Nothing But Bad News

The Republican Party arguably felt like they received nothing but bad news during the reign the Democratic Party had from 1933 until 1953. During these years many of the opinions of the G.O.P were offended by legislation passed by the Roosevelt administration. One of the aspects of Roosevelt’s presidency that is illustrated by this cartoon is the influence he was able to have over the Supreme Court. As President, Roosevelt was given the opportunity to nominate five judges to the Supreme Court. The Saturday Evening Post summed up the impact this fact had on Roosevelt’s presidency with an article titled “The Court is Now His.” The lead conservatives of the G.O.P, the Old Dealer’s Club, would thus feel that there was no good news.