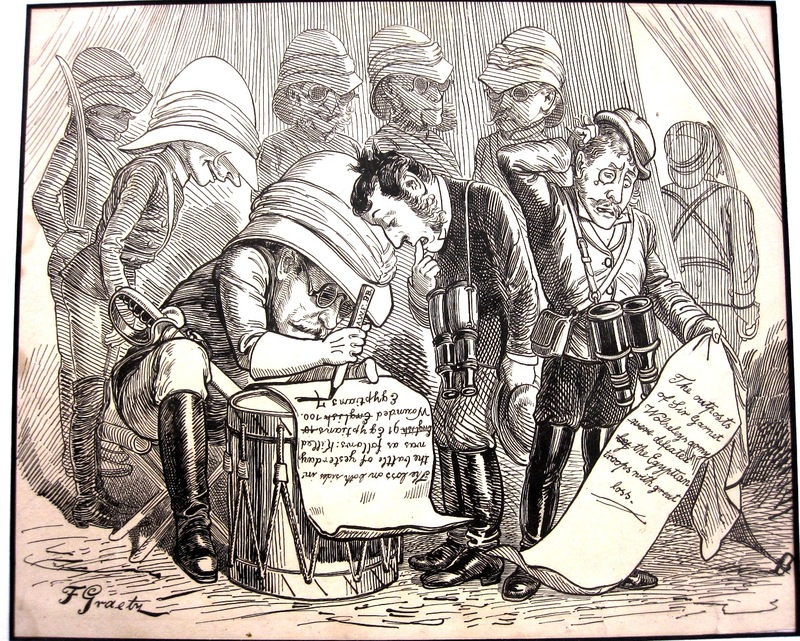 In 1884 British forces engaged in a military campaign at the Suez Canal to put down a rebellion by the native population. This campaign was led by Sir Garnet Wolseley, a British military hero of the time. The general message of the cartoon below is confusion on the casualties and records of the conflict. The soldier on the right is depicting a scroll which has been edited to list the British as the victors. The main figure of the cartoon is portrayed as actively editing the reports to eliminate any record of British injuries or casualties. It is possible that this is meant to be Wolseley.