Still Pinned Down Right There 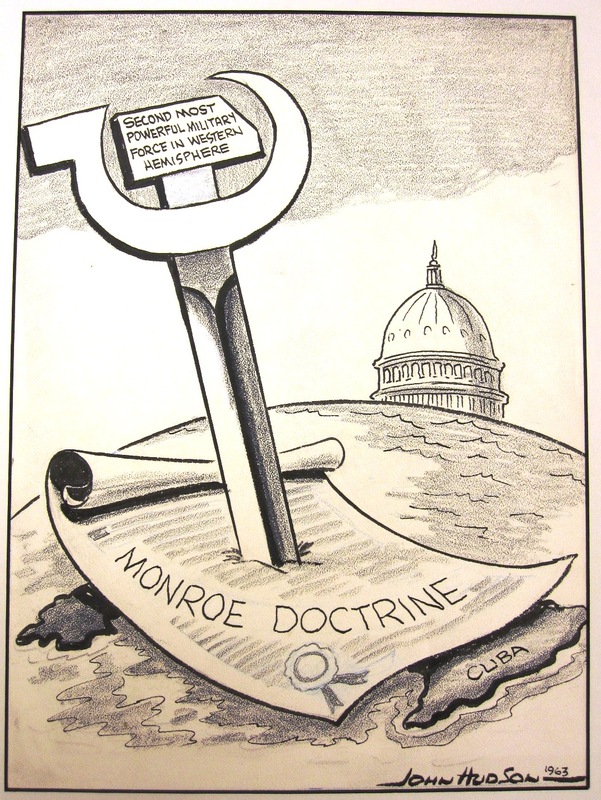 Still Pinned Down Right There

In the aftermath of the Cuban Missile Crisis, President John F. Kennedy was criticized heavily for not taking more aggressive action in Cuba. Many politicians as well as the public felt that by not taking it upon himself to be in charge of a more aggressive campaign against communism in Cuba, Kennedy was abandoning the principles set out in the Monroe Doctrine. Thus the doctrine is pinned down in Cuba by the Soviet scythe, making it a growing influence as far as military power in the Western Hemisphere.