Fare Thee Well, For I Must Leave Thee 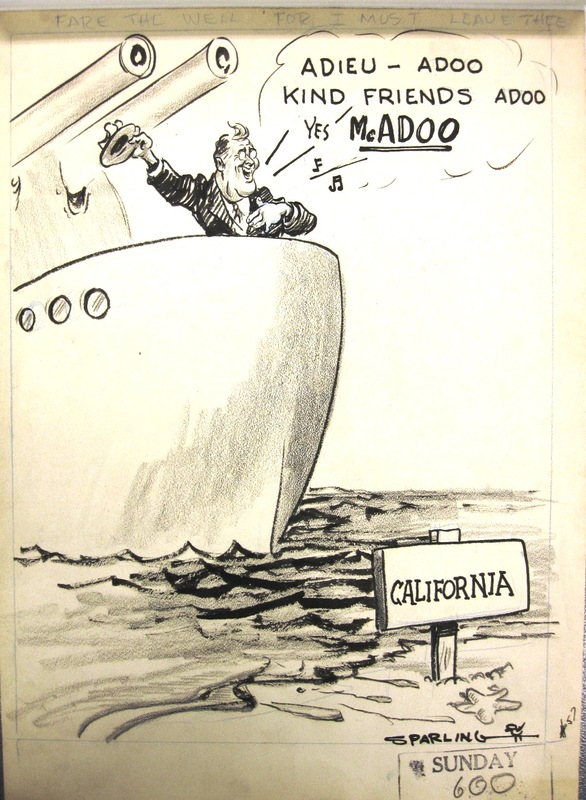 Fare Thee Well, For I Must Leave Thee

Have a nice trip President Roosevelt! FDR is seen here leaving the coast of California abroad one of his heavily armed naval vessels. In his parting words he says goodbye to “McAdoo”. He is referring to California Senator William McAdoo, who was a supporter of Roosevelt during his presidential campaigns.[1]