A Sailboat, a June Night, and You 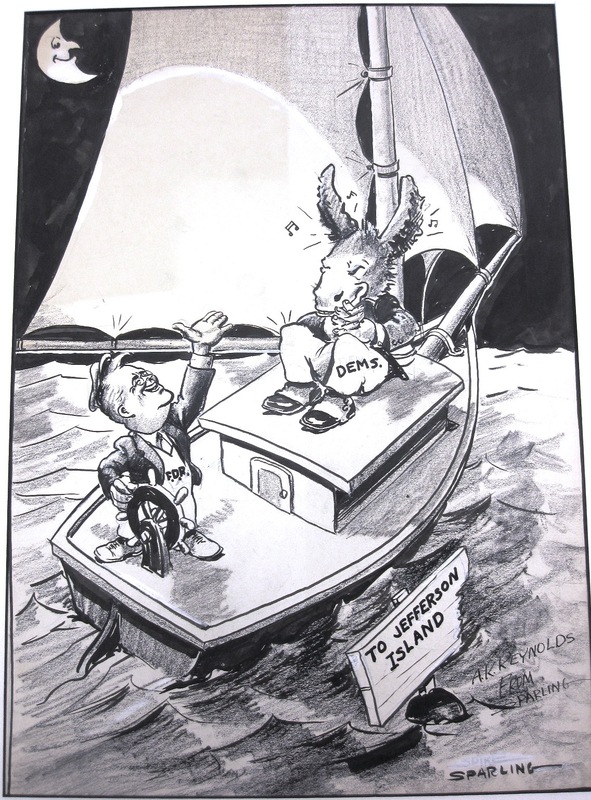 A Sailboat, a June Night, and You

All aboard the ship to Jefferson Island! FDR is shown here with his Democratic Donkey companion setting sail to Jefferson Island located in the Chesapeake Bay. While the island was a vacation destination for the President this cartoon shows a more politically charged event. The President was known to host “stag parties” on the island for a great deal of democratic politicians. These weekend getaways were for two reason: simple relaxation and provide the democratic congressmen a chance to meet privately.[1]