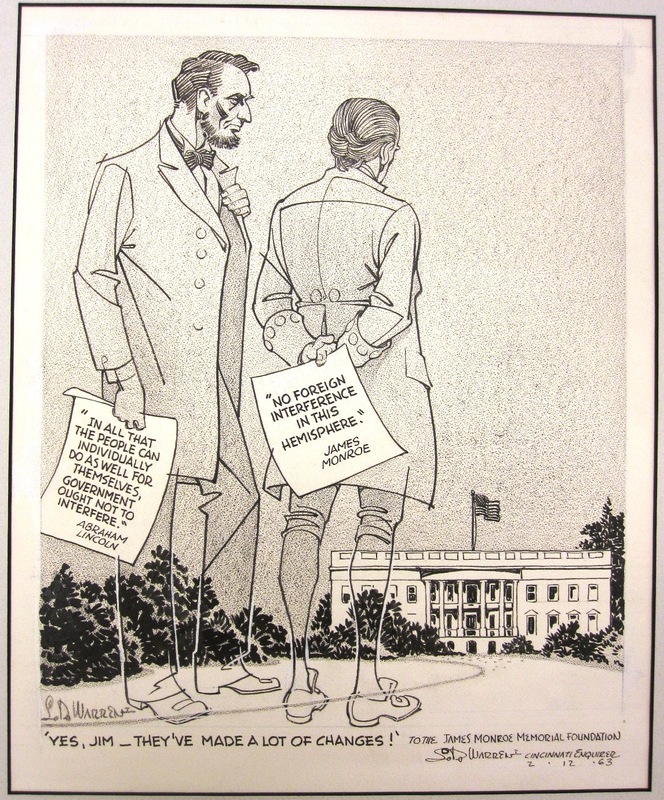 Published in 1963, one year after the Cuban Missile Crisis, Kennedy was being criticized for not taking a more up front approach in dealing with Communist Cuba. Presidents Lincoln and Monroe, among others were against European involvement in the U.S. or its spheres of influence in the Latin and South American. Here they are depicted as saddened by JFK’s lack of intervention with Communist Cuba.