Clear and Much Cooler 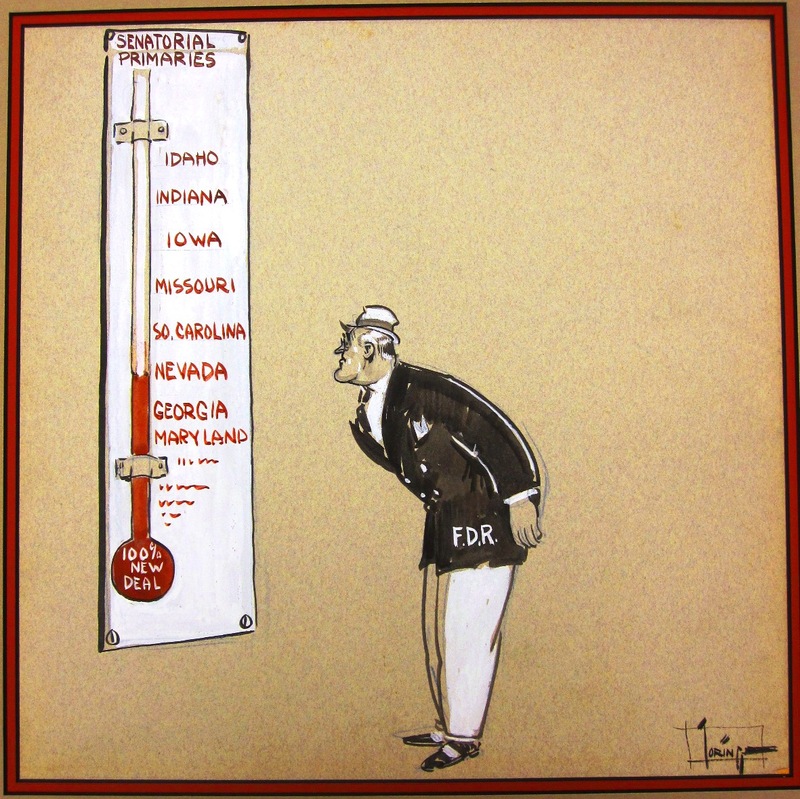 Clear and Much Cooler

Tracking the outcome of the 1938 Senatorial Primaries, FDR is looking to see the effects of his planned “purge” of the Senate. This “purge” consisted of FDR backing liberal challengers to incumbent senators from states who were opposed to his New Deal policies.[1] The plan would be considered one of FDR’s greatest missteps.