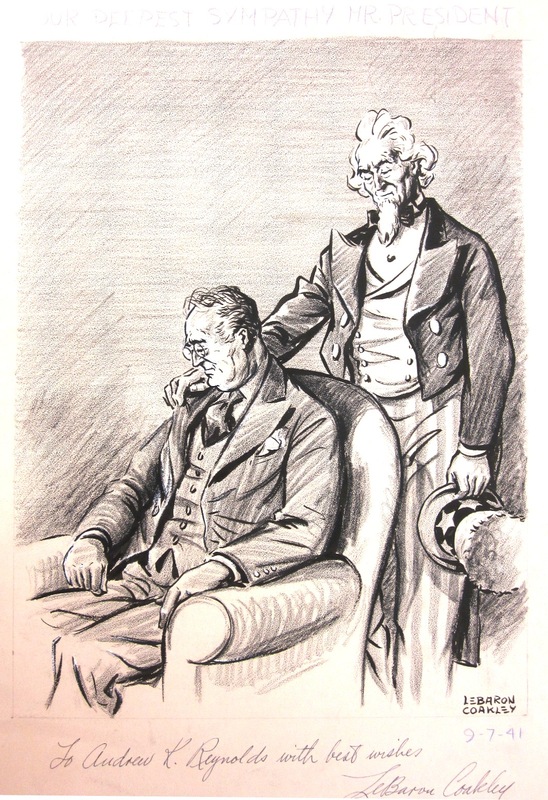 On September 7, 1941, Franklin D. Roosevelt lost his mother, Sara.[1] Sara Roosevelt was 86 at the time of her passing. The act of Uncle Sam sympathizing with FDR shows how the nation as a whole could relate to the president. This was an especially trying time for Roosevelt as his mother was his only remaining parent after his father, James, passed some forty years earlier.