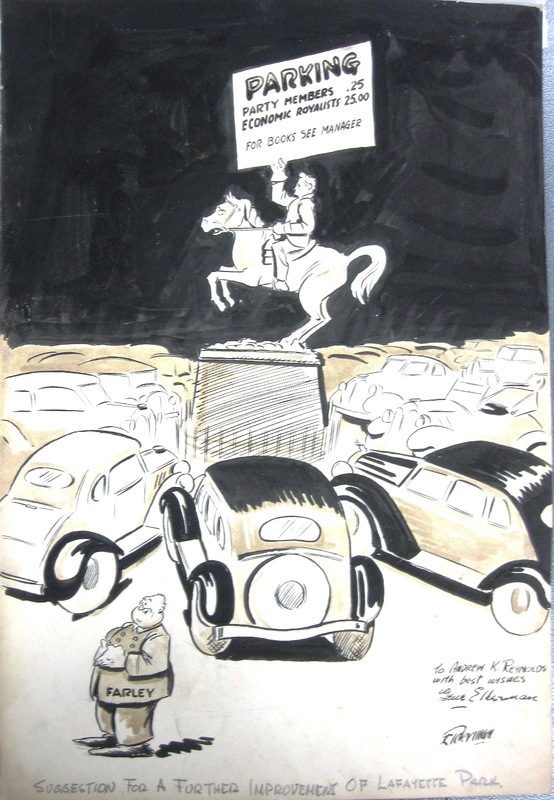 Lafayette Park is a large public park located directly across Pennsylvania Avenue from the White House. Here it has been changed from a public park into a parking lot. The sign being held by the statute states that parking for party members will be 25 cents but for economic royalists will costs 25 dollars. ‘

Economic Royalist’ was a term coined by Franklin D. Roosevelt during his 1936 campaign for the presidency. Roosevelt used the term to refer to the class of wealthy financial and industrial executives and the CEOs of Wall Street, that opposed his policy of centralizing the government and encouraging competition between the public and private sector. Roosevelt’s political adviser, James Farley is pictured happily smiling in the foreground of the cartoon, thus mocking Roosevelt and the Democratic party by tying them to this suggestion. The same language and comparisons are being used today by President Obama’s catch phrase “Wall Street versus Main Street.”