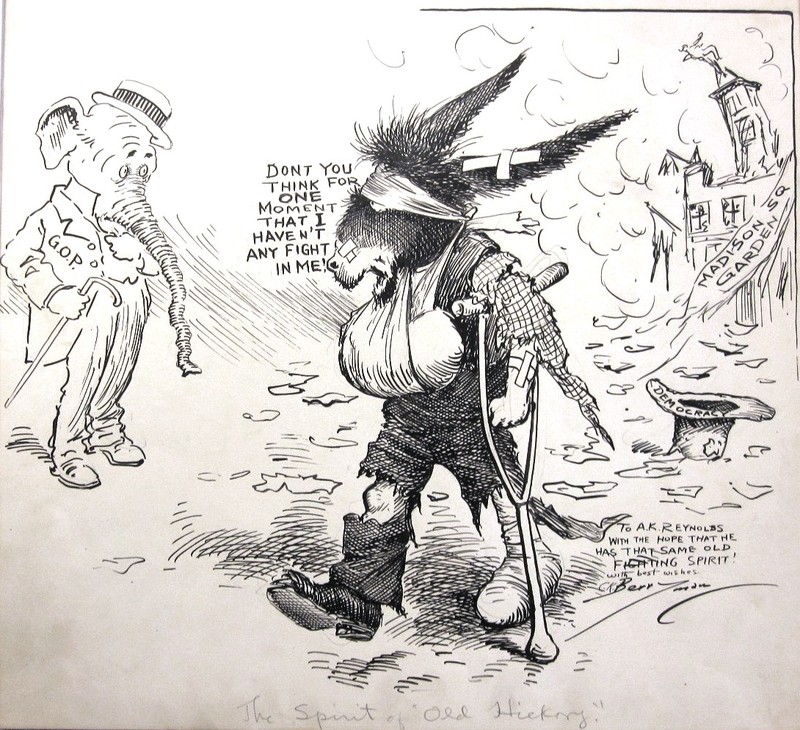 Old donkey Hickory is not going down without a fight! Even though the Democrats lost New York in the 1920 election, their spirit did not waver! The democratic nominee, James Cox won over the south. However, Warren G. Harding won not only New York, but also the west, making him the winner of the Presidency, despite how much the Democrats fought.

Library of Congress, The Presidential Election of 1920, http://memory.loc.gov/ammem/nfhtml/nfexpe.html (accessed April 21, 2012).