"I'll be back in November" 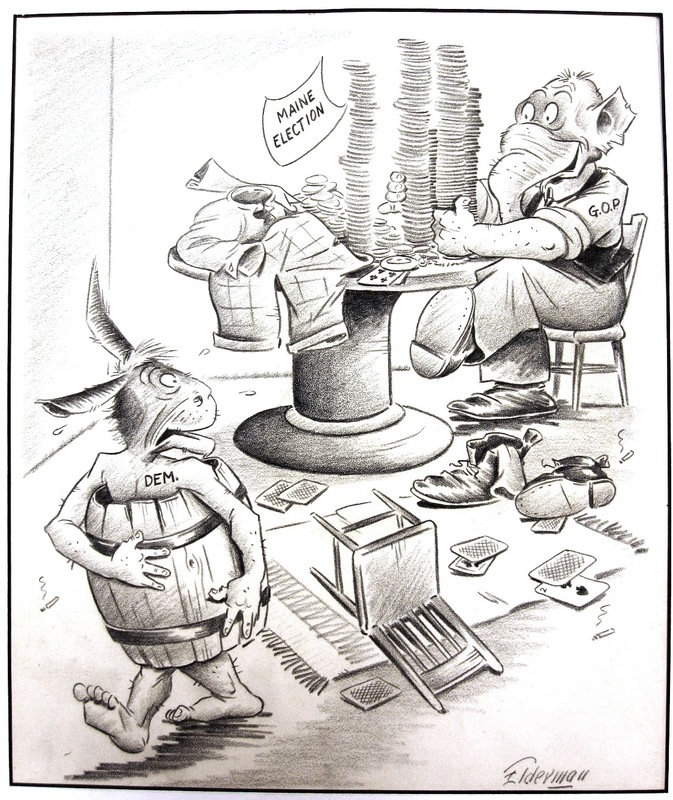 "I'll be back in November"

Republican party has conned the Democratic Donkey out of its clothes in a game of poker. During the 1930s Maine held its Congressional elections in September, two months before the November election date.  Thus, the G.O.P may have won the races in the September election but this image promotes the idea of a Democratic Party victory in Novemeber.