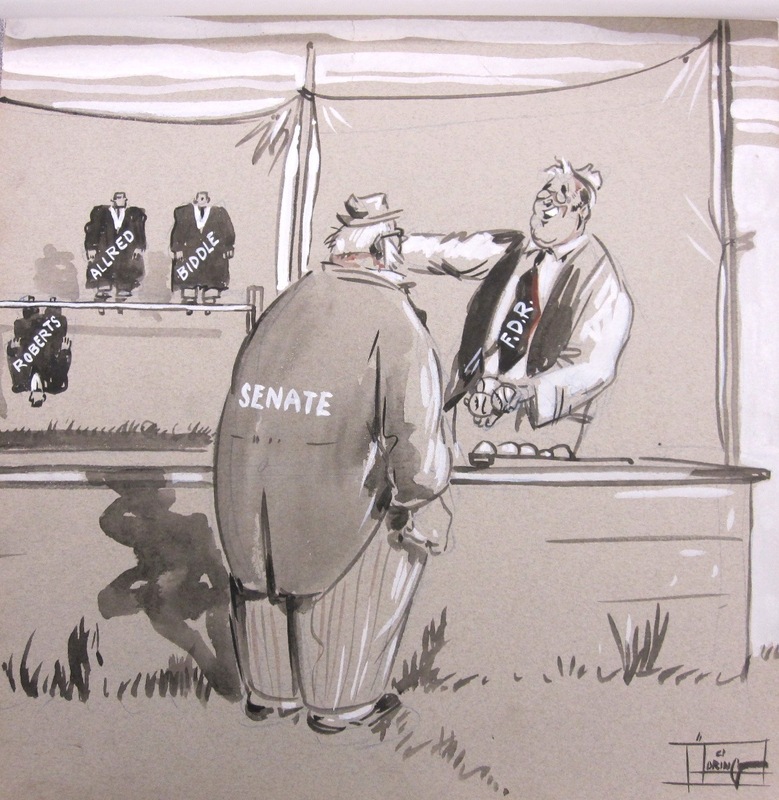 Here President Franklin D. Roosevelt is shown as a carnival hand prompting the personified Senate to knock down certain people. These people include Justice Owen Roberts, Alfred Smith, and Francis Biddle. This game represents the debate over the National Labor Relations Act (better known as the Wagner Act). Justice Smith is already knocked over in the game as he switched his position on the act in 1935.[1] Alfred Smith and Francis Biddle were opposed to the act along with other of FDR’s New Deal policies.